At first glance, 5-year-old Sophia is the same as every other kid – a bright, bubbly girl with a huge smile on her face. But not everyone knows that this little girl is a true warrior. Sophia Chiappalone from Connecticut, USA was born with a genetic heart defect and wasn’t expected to live past 2 years old. But Sophia defied all odds.

Since she was a baby, Sophia had been in and out of the hospital. Now she’s getting ready to go under the knife again for her fourth open-heart surgery. But before that, the girl wanted one of her dreams to come true.

Sophia wanted to have a dream wedding and “marry” her best friend, Hunter. Kristy, Sophia’s mother, got the permission of Hunter’s family and staged a “wedding photoshoot” for the two kids.

The kids dressed up for the occasion and had so much fun posing for pictures and simply playing around. And now Sophia is ready for another fight.

Five-year-old Sophia Chiappalone has been in and out of hospital for most of her short life.
She was born with a genetic heart defect and wasn’t expected to live past the age of two
Before going for her fourth open heart surgery, Sophia had a special wish
She wanted to have a dream wedding and “marry” her best friend, Hunter 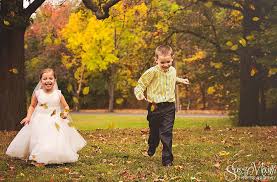 “That’s all she wanted in the world, was to marry the love of her life,” said her mom, Kristy

Kirsty got in touch with photographer Marisa Balletti-Lavoie, who was only too happy to help

“I was so honored and excited to be the one to document the big day!!” wrote Marisa on Instagram

“I teared up watching her get all dressed up,” said Kristy

“It was pure innocence in the purest form. My heart aches with joy with the people standing behind Supergirl on this fight”
“She’s fought to be alive since her first breath, but that’s all she knows”
“Most people wait a lifetime for someone who wouldn’t stand by them through such illness”
“She met a best friend and love of her life at 3 who does”

President Sisiku Ayuk Tabe is a die-hard Ambazonian-even in jail, he still fights for the freedom of Southern Cameroonians

We'll send you a notification when we publish something new.